The performing arts have always played a major role in our holistic approach to education. From our partnership with the Royal Shakespeare Company (RSC) Education to the annual Dulwich Shakespeare Festival, drama workshops and other arts festivals throughout the year, the arts are embedded in everything we do.

This year marks the third year of Dulwich College International’s partnership with RSC Education. This collaboration affords our students and staff a wide variety of opportunities to access and engage with Shakespeare’s works, developing a lifelong relationship with his plays and live theatre. We achieve this through pedagogical practice developed directly from the RSC’s rehearsal rooms.

The RSC Education approach is based on the following:

•    RSC Education aims to make Shakespeare vivid, accessible and enjoyable for students of all ages and their teachers.

•    Enabling young people to have the kind of joyful first encounters with Shakespeare’s work that lift their aspirations and belief in their own abilities.

•    Prioritising the professional development of teachers so that more young people’s experiences of Shakespeare’s plays are rooted in the real-world work of actors and directors in the rehearsal room.

•    A significant and compelling body of evidence about the impact of RSC Education’s teaching approaches on student self-confidence and attainment.

This upcoming year will begin with a multi-day residential professional development program for teachers across our network. In October, RSC practitioners will then join our family of schools in Beijing for our annual Dulwich Shakespeare Festival, where they will lead a tailored three-day workshop programme for our students. Each evening schools will perform a range of productions by Shakespeare. The third structured learning opportunity will begin next January, as RSC practitioners will spend a full week at each of our seven participating schools for comprehensive in-school residencies. Students and staff will also enjoy access to online RSC resources, as well as tickets and access to RSC productions in the UK and Asia.

An interview with our Drama teacher - Ms Sian Prior

What has your experience been working with the RSC?

I studied Modern Drama, which is from the 1930s onwards, so it’s quite an avant-garde theatre. As such, my specialty does not lie in teaching Shakespeare. The collaboration with the RSC has really helped me a lot in terms of teaching Shakespeare. He did Romeo and Juliet and Othello and I observed, took part and made lots of notes and then went away and wrote up practical units that I can now use in my Year 8 and 9 drama classes. For me as a teacher, the experience has been invaluable, I could have never written the units that I got if it wasn’t the fact that I got a professional director and actor in the class with my students modelling for me on how to do that.

Could you tell us about the Shakespeare Festival?

We started the work on getting ready to the Shakespeare Festival, which is an event participated by eight Dulwich schools, early in the academic year. Last year was in Shanghai while this year will be held in Beijing from 24th to 27th October. The point of the festival was that every school prepares a performance extracted from a Shakespeare play that runs around 30-minutelong, and we would perform them on one of the evenings while other schools watch and it gave a purpose of studying a play and learn how to perform it. On top of that, they have a professional lighting man in with a new lighting system installed, it really made a huge difference; it completely changed the performance, it was beautiful.

Aside from the performances at the festival, we have workshops all day. Our student groups were split up and put together with other Dulwich students from other campuses. It actually taught them to collaborate with people they don’t know and assess where their skills set was in the group, whether to tone it down a bit to give another person a chance or to step up and take responsibility and students kind of showcase their talents within the group. There was a huge learning curve for our bunch of girls who participated, they absolutely loved it. It is interesting that in our school in the younger year groups, drama tends to be led by the girls. We try to have a big push on boys joining. I have a conversation with our boys and they said they would like to do drama, but they don’t want to be the only boy.

It was really interesting for me to see the change in those students who did the Shakespeare Festival. Sometimes there is a fear factor when students look at Shakespeare and say I don’t understand this, even with native English speakers would look at Shakespeare and think that I’m not going to understand what they say. For English as a second language students, it must be incredibly daunting. As such, it’s interesting to see that they are so much more confidence in the students who went to the Shakespeare Festival, that they have a good handle in Shakespeare and theatre in general. When an RSC practitioners came to conduct the workshops, they were really leading the workshops to a point that they understand that it doesn’t matter if they ask a silly question and it doesn’t matter if they don’t understand.

There are a couple of factors about Shakespeare. What I say to my students is that drama isn’t just drama, it’s history, it’s geography, it’s sociology, it’s psychology, and what Shakespeare does is that it doesn’t give you any background information about the play. He doesn’t explain why he chooses a certain character as modern plays do; for modern plays, you often get a stage direction and setting. It’s interesting from a couple of perspectives because the time he was writing was fascinating –the world of travellers was opening up, that concept is applicable to our students. For example, our students have to create a world map and I get them to find places on the map for the play of Othello. All of this is so relevant to ask in the modern day if you look at the links. The fact that Shakespeare doesn’t give much information also means that you can actually blow a part of his plays and make them your own. This term, we concentrated on A Midsummer Night’s Dream, and we develop their skills on how to modernise a play that was written 400 years ago. It is about looking at the key features and applying them to a new setting. It gets our students thinking creatively outside the box while keeping the theme and working along the plotline and consider what could actually work on a stage.

The Senior School Production – A Midsummer Night’s Dream is going to be a big hit this November at DCSZ. Could you please introduce the production and the highlights of the show?

This November we will be showcasing our very unique adaptation of William Shakespeare's 'A Midsummer Night's Dream'. The thought process behind the style of the show began when the RSC visited earlier in the year. Students from Year 8 - 12 were tasked with creating a directorial vision for the play, taking into consideration the qualities of the worlds we encounter in the play. In groups the students created their own individual design concepts, thinking about set, costume and intended impact. From these workshops came the idea for our future performance. The students themselves have created the vision for this play, and are very involved with making this become a reality. We are not going to disclose how we will be putting our own twist on the show, you'll have to come and see it! One thing is for sure, there has never been a version of 'A Midsummer Night's Dream' like this before! Don't miss our one-night performance! 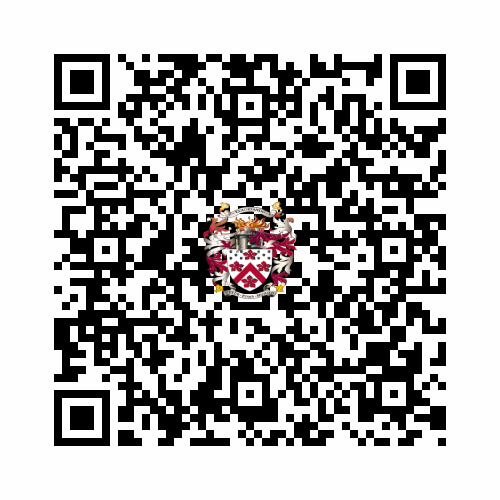