When former Manchester United & England footballer Teddy Sheringham was a boy, he knew he was never going to be the biggest or strongest player on the pitch, so instead he looked at what he could change about his game. Most of us have heard about the 10,000-hour rule, however, the Dutch FA have always maintained that 10,000 touches of a ball per day may be more efficient in developing skill; they include this as a staple in their youth players’ every day routine six-days-a-week.

Now, I doubt very much that Teddy knew anything about the Dutch system, however, he did recognise that if he could perhaps become as deadly with his left foot as he was with his right, he may have the edge over his opponent, no matter their size and speed. Teddy set to making this happen, spending endless time in his room watching in the mirror how his right foot moved, then attempting to mimic this with the left. 10,000 touches a day: probably not. What was happening though was that he was receiving immediate visual feedback from his performance and making small adjustments to improve it each day.

Using visual feedback in lessons is nothing new: When I began teaching over 10 years ago I would use my digital camera to take photos of student work in gymnastics and then (projector permitting) display this for students to view and improve. The results were clear, but the technology was temperamental, clunky and limited.

In recent years, with the evolution of technology, the endless possibilities for it to be included in schools is evident. You only have to watch a Premier League game or IPL match at the weekend to see the vast range of data which is gathered by small armies of analysts. As with everything in education, and unlike the Premier League’s finest, there are limiting factors. The barriers to implementing forward-thinking and intricate software and hardware are twofold: The teacher’s expertise in that area and the time it takes to set up and use. Teachers are busy. After they have planned, taught, reflected, planned some more, marked, fed back to students and completed a report there is little time for much else. It would be a time-efficient teacher indeed who then has time to train themselves to fly a drone, upload footage or remember to charge the batteries!

But we know that the input directly affects the output…

So how do we strike a balance between what we know is effective and what we can sustainably achieve? At Dulwich College Suzhou, we have been working towards this with a project called PE21: Reflection Centred Learning. The fancy talk: We use a range of state of the art technologies to enhance the feedback we give to students in PE, allowing them to see their performances and reflect on this. In laymen’s terms, we film students using drones, iPads and Go Pros in lessons and play it back to them, either instantly or using our Moodle platform.

As clichéd as Wilson’s claim may sound, any teacher knows how painfully true this is. We miss many crucial moments when teaching because our vision is obstructed or we are quite simply too far away. We often request a repeat performance, however, children being children, this can be erratic, and we are left discussing something we think we saw, or attempting to describe to a student what went right or indeed wrong.

In its simplest form, the use of an iPad with a free delay app can repeatedly show a student exactly what they did right, and not only that, what they can do even better, with the student only having to perform once. The teacher can rewind, show the whole class, celebrate and discuss a student’s work, right there, right in that moment.

Considering technicalities, we have a drone; I must say at this point, before I launched the project, I had never flown a drone, nor had any desire to do so. The closest thing I had done was drive my remote control car aged 7. The nerves involved during those first few flights are akin to the fear you feel when walking your dog…near a cliff….above a 1,000-foot drop.

Genuinely, the first time I took the drone out to a lesson I crashed it, not into the students, but into the discus cage. Was I Shaken? Yes. Was I deterred? No. In that moment, I realised that things don’t always go to plan, however, as long as I was trying to push the limits, then I was doing the best thing for our students. And the bonus was that the drone bounced (relatively well). I can categorically say that the footage you can take with a drone is an opportunity for students which shouldn’t be missed. You can see angles of release for a discus that you would never usually be able to access, and patterns of play in rugby which you could never before show students. The evidence for a good or poor performance is there and cannot be hidden from or ignored. If your team are disorganised at the back, it’s there for everyone to see. Students no longer have to reflect merely on the score line, they can see the actual line, and indeed how well they held it.

There are of course bye products to this investment; the many prospects for students to develop skills outside of their own practical performance being at the forefront. With the growth in Sport Analysis as a viable career, the implementation of such technologies opens up a world of opportunities for students in the development of skills, from drone pilotry to statistical analysis, sports media and sports agency. Schools now have a chance, and perhaps an obligation, to offer this area of education to their students, allowing them develop skills outside of their own physical performance, employing everything at their disposal to support their very best practical performers. After all, surely any engagement and participation within a sporting context is what a rounded Physical Education programme should strive to achieve.

I agree, all of this sounds complicated and maybe even unattainable, but the reality is that it’s not. You put the drone in the air and forget about it, the footage downloads to the attached iPhone, and then it is there, available, for all to see, exactly the same as your once owned digital camera. At the same time, teachers may have set up iPhones and Go Pros to capture individual performances during the lesson – it’s not much more effort than setting cones out properly or carrying tackle bags out for practice.

There are, of course, complications to any feedback, usually within the language that students can understand, especially in a school with many second language learners. Despite initial challenges, the visual aid along with simplified comments from the teacher actually allows students to glean more information than ever before.

Seeing that moment of understanding in a student who has previously lacked meaningful engagement or feedback, or in an elite performer as they find a new level, that is an opportunity worth investing in. 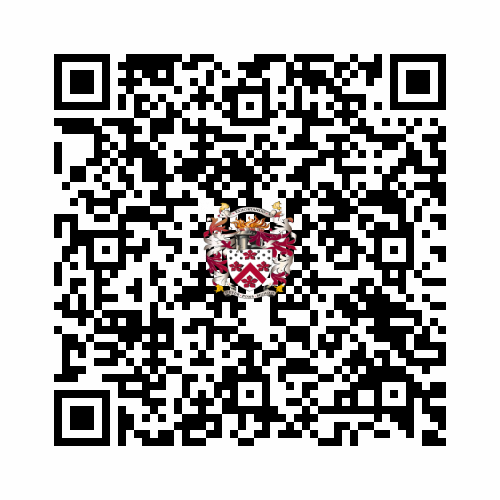