During his tour in China, Aaron had visited many Dulwich College International campuses including Beijing, Zhuhai, Pudong, Puxi and Dehong before setting his feet on our Suzhou campus. On Monday, Aaron conducted three digital animation-drawing classes to some Year 8, Year 10 and Year 12 students. It is exciting to have the opportunity to learn digital animation-drawing in class, but it’s even more exciting to learn from a Disney animator, illustrator and film director, who produced our childhood’s favourite Disney characters.

We got a few minutes during lunch to catch up with Aaron as he shared his passion in animation with the Dulwich community.

On your website (creatureartteacher.com) and your Youtube channel, you have made many tutorial videos on how to create animated animals, which is what you are focusing on right now primarily in your career. How has the experience been so far?

In 2010, I retired from Disney after working at Disney for 21 years. Three years later, I decided to start my own business in teaching. I just love to share and love to teach, something that I love doing when I was at Disney, teaching a lot of the young people coming into the Studio. We live in a time of information, and so we started creating this whole video courses and they took off. The fact that I had been with Disney really helped – everybody wants to learn from a Disney animator. It just kind of exploded from there so we travelled all over the world.

Is this your first time working with international schools like Dulwich?

Yes. In fact, this is the youngest group I have taught at an educational institution. I usually teach at art studios in colleges, so working with younger students is something new for me.

Do you see a lot of younger learners learning from you online?

Absolutely. Our biggest audience is usually between 18 to 24 years old and our second largest audience is between 14 – 18 years old. The 14-year-olds are starting to think about what they want to do for a living so they started to learn about animation, which is what we offer.

What motivated you to start a career in animation?

I got into animation in 1988. I was trained to be an illustrator and I wanted to work for National Geographic, that was my biggest dream, but they only hired freelancers and I was looking for a full-time position. I had never thought of animation but at that time Disney was hiring so I put together a portfolio, I was 20, I got in, I was trained and I fell in love with animation. 30 years later, I still love it just as much.

Do you have to be very good at drawing before you start doing animation?

Yes, absolutely. Back then everything was hand-drawn when we were making Beauty and the Beast, the Lion King, Aladdin etc. Nowadays, if you want to be a great animator, you don’t have to be an artist to draw because you can do something on the computer and the software can take care of it but going back to the old hand-drawn style, which is still out there, you have to be able to draw.

How do you capture the animals’ expression right on point? Do you study them in specific?

It takes years of practice. There are certain things that we do in order to achieve the results that we want. For me it’s just trying to understand the character and what I am trying to send across. The way we talk about drawing in our business is that drawing is just our second language. You should be able to do it without thinking about it. I draw 8 hours a day, every day. When it comes to injecting expressions into characters, it’s just part of the job.

In your point of view, is there any animal that is the hardest to draw?

No. Well, the Beast was a difficult character to draw, very complex with lots of parts. But drawing anything just takes time to learn and I think very spatially. I think of whatever I am drawing in a three-dimensional form. To me, it’s just like learning a new word. You might have a complicated word, but when you practice it enough, it’ll become second nature.

What is the biggest lesson that you have learnt from the past that you would want to share with the future animators?

The biggest lesson that I have tried to get across to children now is that everything with children now is instant. With American idol, it’s instant stardom, instant success, instant information; everybody wants everything instantly. But there are certain things that take time to craft. Art is one of them. You can’t learn art instantly. That’s hard for a lot of young people to accept and It’s interesting to see how quickly frustrated students get nowadays. I’m always talking about persistence, you just have to keep going. I often describe it as if you have a needle and you have a mountain and you have to dig a tunnel through that mountain with that ONE needle.

What is your biggest inspiration?

My biggest inspiration, and probably throughout my entire career, aside from my children and my family of course, is Nature. Nature is where I got my original inspiration. That’s where I was inspired to draw from the time I was 3 years old. Until now even in my 50, I still find the most inspiring moment for me is sitting in the forest by myself or a savanna in Africa, it is when the ideas come to me. Brother Bear came out from being in Alaska. I was going to Alaska long before I started doing Brother Bear. When the opportunity to createBrother Bear came along, I knew exactly where I wanted to set it, I’ve been so inspired by the place (Alaska). 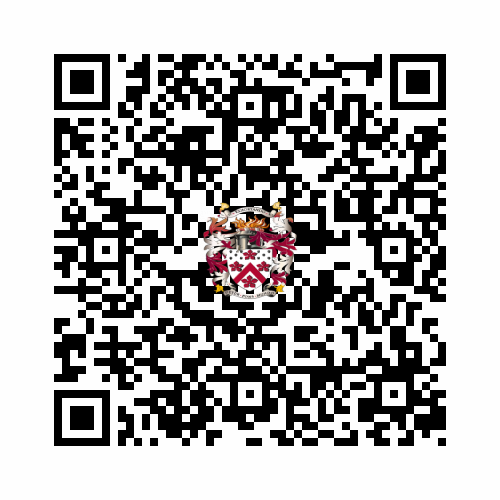