At Dulwich College Suzhou, our team of dedicated teachers work with every individual student to ensure that they are prepared for life after Dulwich College Suzhou. This includes ensuring students have the confidence and discipline to continue furthering their education at the university they deem best fit for them.

Recently, we had the pleasure of welcoming back three alumni from the Class of 2018; Cindy, Howard and Kenny. Cindy attends Princeton University and has a strong interest in computer science. Howard accepted a place at Bowdoin College, a private liberal arts college in the United States where he is majoring in neuroscience and Asian studies and Kenny is studying economics at the University of British Columbia. We were able to learn more about their transition to university, and how being a student at Dulwich College Suzhou prepared them for continuing their education.

As a student at Dulwich College Suzhou, Cindy was involved in a number of co-curricular activities but one of her most impressive projects was the Crescendo project, which involved 85 students from Dulwich College Suzhou and Dulwich International High School Suzhou teaching music using various musical instruments to over 60 migrant school children. Cindy was the student founder of Crescendo and held major responsibilities including project management, resourcing, budgeting, lesson planning, delegation and general leadership for the project.

Reflecting on this, Cindy spoke about the importance of taking opportunities to create your own self-learning experiences, and how this has benefited her when she arrived at Princeton. By creating Crescendo, it not only gave Cindy skills in the areas mentioned above, but it also helped her to stand out with her university application. Crescendo allowed Cindy the opportunity to create something that was hers and was not part of the rigorous IB programme. She was able to think creatively and learn from her mistakes without the risk of it affecting her transcript.

Looking at opportunities for internships over summer, Cindy realised she needed a project in the realm of computer science.  After her experience in setting up and running Crescendo, she had the confidence and knew that she had the ability to create a project relevant for the internship, despite being somewhat new to this subject area. She knew how to adapt to situations outside of her comfort zone, and worked diligently to make these opportunities a success.

Talking to Howard since becoming a student at Bowdoin College, he has reflected on how teachers at Dulwich College Suzhou helped him to understand the importance of independent learning and study. In his earlier years, Howard believed that it was the teacher’s responsibility to motivate students to want to learn. Now studying a cross-curriculum degree at Bowdoin College, Howard understands why his teachers stressed the importance of having your own motivation and drive to learn, and not relying on the teacher or professor to do this for you.

Similar to Cindy and her involvement in the creation and launch of the Crescendo project, Howard was also instrumental in the development of project SPARK at Dulwich College Suzhou. Gaining skills in project management, budgeting and finance management, sustainable practices as well as team leadership and delegation, Howard was able to use SPARK to raise funds which were subsequently used to kick start other student-led cross-curricular activities. Through fundraising, SPARK was able to purchase 3D printers, sporting equipment and gaming equipment. The project also allowed Howard to act as a mentor to other students, giving them advice and encouragement on new projects that they wanted to launch.

Howard is currently considering his future as he continues with his major in neuroscience and Asian studies and is looking at a career in medicine, cross-cultural business, science, or a combination of all.

Kenny, who is studying economics at the University of British Columbia, reflected on how he utilised the skills he developed particularly during his IB diploma years to help him with his transition to university. As a student at Dulwich College Suzhou, he spoke of the teachers who were there to guide him yet at university, you are somewhat on your own. It is therefore important that you draw on the skills you gained during senior school years to continue learning on your own at university.

Like Cindy and Howard, Kenny also spoke about how important it was to use the self-management skills he developed at Dulwich College Suzhou at university today. Kenny says, “I feel that the IB really helped me a lot in the transition from school to university, as university requires a lot of time-management. You gain that experience during the IB as you have to manage your time, your studies and socialising, all while ensuring that you keep your grades up”. In his senior school years, Kenny saw the benefit of forming study groups with like-minded friends and classmates, and this is something he continues to practice at university.

As our Head of College, Mike O’Connor, states, ”We inspire students to reach their potential and actively make a positive difference in the lives of others. We expect our students to explore the extraordinary number of enriching opportunities on offer and reach for their highest levels of attainment in all that they do”. Cindy, Howard and Kenny are just three examples of Dulwich College Suzhou students doing exactly that, both during their time as students at the College, and also now at university.

Dulwich College International is excited to announce that in early 2020 a dedicated alumni engagement platform will be launched and a full alumni entitlement package will be announced. This resource will allow alumni from all DCI and Dehong schools to leverage the social and professional benefits of being former students of one of the world’s largest and most dynamic school groups. Please keep an eye out for a public announcement of official details and benefits in the months to come. 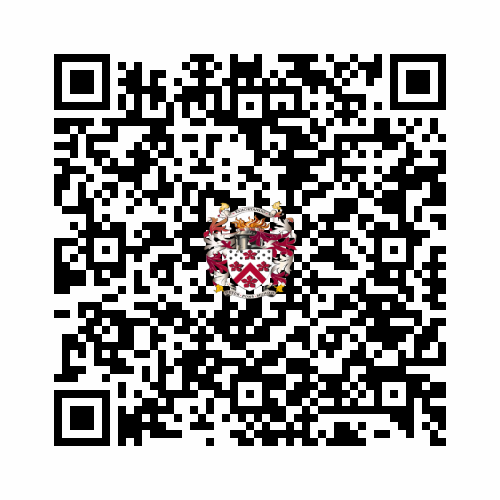